Home Buyers May Get Helping Hand From Stock Meltdown

The Federal Reserve recently raised interest rates, U.S. stocks are tumbling and new worries about the Chinese economy seem to emerge daily. So go ahead and buy that house you’ve been looking at.

Well, not necessarily. But consider: all the worries about China that have battered the U.S. stock market in early 2016 have done the opposite for bonds. More money pouring into Treasurys has driven mortgage rates to a two-month low. A 30-year mortgage slipped to 3.92% in mid-January.

The housing market had already been steadily gaining ground even before the latest drop in rates. Indeed, it’s been one of the strongest parts of the economy over the past year. Sales of new and previously owned homes are likely to finish 2015 at the highest level since before the Great Recession.

What’s more, the number of permits to build additional homes is on track to reach an eight-year high.

The final housing numbers for 2015 will start to trickle in this week.

Work on new construction, known as housing starts, is forecast to rise to a 1.19 million annual rate in December from 1.17 million in the prior month. Starts will top the 1 million mark for the second straight year.

Six years ago, builders were producing fewer than 600,000 new homes a year.

Sales of existing homes, meanwhile, are expected to hit a 5.15 million annual rate in December and finish the year about 25% higher compared to the post-recession low.

Most economists predict new construction and sales will increase again in 2016, aided by a much improved labor market. Barring, of course, China bringing the rest of the world to a crashing halt.

“The U.S. economy added more than 200,000 jobs per month on average in 2015, and wage growth is picking up,” noted Stuart Hoffman, chief economist of PNC Financial Services.

In the past three years, the U.S. has produced 8.2 million new jobs to give more people entering their prime earning years the ability to buy a home.

The big wild cards are mortgage rates and home prices, both of which could deter buyers.

The Fed raised a key short-term rate in December for the first time in nearly a decade, and the central bank is widely expected to push rates even higher in 2016. Yet so far that hasn’t translated into upward pressure on long-term Treasurys or home mortgages. Right now investors are more worried about whether a slowing Chinese economy will hurt the rest of the world.

The higher cost of buying a home could act as another repellent. Prices rose in 2015 to levels last seen shortly before the onset of the Great Recession in late 2007.

An expected increase in home construction could make it easier for buyers, though. Permits for new construction in November, for instance, were almost 20% higher compared to the same month in 2014. A greater supply of homes for sale would help hold the line on prices.

While home builders remain optimistic, the same can’t be said for American manufacturers. Sales and profits have softened over the past year because of a strong dollar, weak global economy and a slump among energy firms that are among the biggest buyers of manufactured goods.

A monthly Philadelphia Federal Reserve report on the state of manufacturing is likely to show an industry still under siege in January. 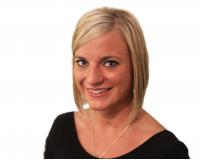 How Much Money Do You Need For Home Repairs And Maintenance

Prepared to Protect Your Investment: Tips for Covering the Cost of Home RepairsYoung homeowners are sometimes surprised and dismayed to learn that there’s no maintenance man to call when the roof

TIPS FOR STAGING YOUR KITCHEN

Happy Iowa Fall! So, it's been raining... a lot. And as we anticipate turning our clocks and losing some more daylight hours, indoor projects suddenly become doable! If your home is on the market or

4 Questions First-Time Homebuyers Should Ask Before Buying a Fixer-UpperA fixer-upper seems like an unbelievable bargain, especially for first-time homebuyers. In certain markets, fixer-uppers can

By registering, you agree to our terms of use and that real estate professionals and lenders may call/text you about your inquiry, which may involve use of automated means and prerecorded/artificial voices. You don't need to consent as a condition of buying any property, goods or services. Messages/data rates may apply.